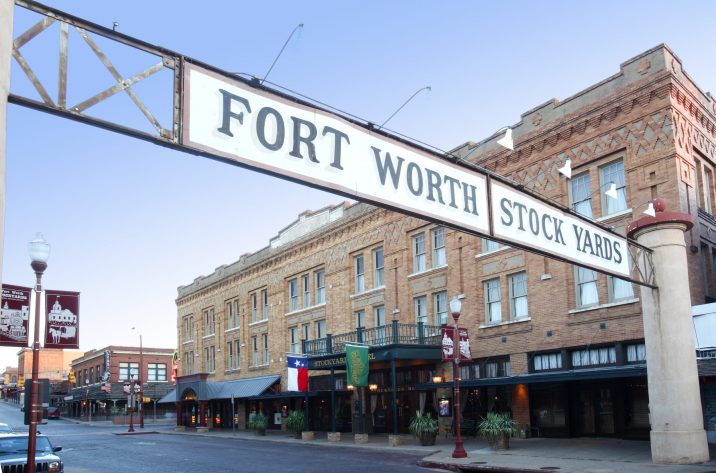 Many people aren’t familiar with Silverton Casino’s connection to the Fort Worth Stockyards.

In the heart of Fort Worth, the historic Stockyards has undergone a dramatic revival spurred by several new developments, many which were spearheaded by our sibling companies.   These include:

a new luxury hotel and member of the Marriott Autograph Collection, which opened in March 2021.  Since opening, The Drover has been profiled by Condé Nast, Forbes and recognized by Travel + Leisure as one of the Top Hotels in the World.
Hyatt Place Fort Worth Stockyards, a hotel with fabulous views of the Stockyards, including the daily Cattle Drives through the historic district.
Mule Alley,  a beautifully restored destination of shops, restaurants and entertainment venues in the former Mule Barns of the Stockyards.

And beginning this week, the 115-year-old Stockyards Hotel has a new owner and joins our family of hotel properties.  The hotel was recently purchased by a partnership that includes our sibling company Stockyards Heritage Development Co., owner of the Hotel Drover and the new Mule Alley shops.

Stockyards Hotel, which is on the National Register of Historic Places, adds an exciting historical touch to the district. Known for its rich ancestry, historic architecture and unique character, the Stockyards Hotel offers elegant accommodations in a relaxed atmosphere. Restored to its original grandeur, each of its 42 rooms and 10 suites is unique in its décor, reflecting the cattle baron era of the Old West and the early 19th century.

Cowboys and cattle barons, kings and queens of country music, even an outlaw or two have found refuge and romance at the Stockyards Hotel.   The Bonnie and Clyde junior suite, for instance, is the actual room occupied by the infamous pair during their 1933 stay in Fort Worth.  The hotel’s website boasts a long list of celebrity guests, including Tanya Tucker, Garth Brooks, George Strait, Randy Travis, Vince Gill, Willie Nelson, Pam Tillis and Tim McGraw, just to name a few.

Fort Worth Stockyards is a Texas Vacation Experience

As a drover headed cattle up the Chisholm Trail to the railheads, he had one last stop for rest and supplies: Fort Worth, Texas.  That was the genesis of the Fort Worth Stockyards. Fort Worth is where the West begins, and nothing embodies Western heritage better than the Fort Worth Stockyards National Historic District. From the original brick walkways to the wooden corrals, every inch of the Stockyards tells the true history of Texas’s famous livestock industry.

True to its history, the Stockyards still hosts the world’s only twice-daily cattle drive. All this – plus more than a hundred  new  shopping, dining and entertainment venues – makes the Fort Worth Stockyards one of Texas’ most popular tourist destinations.