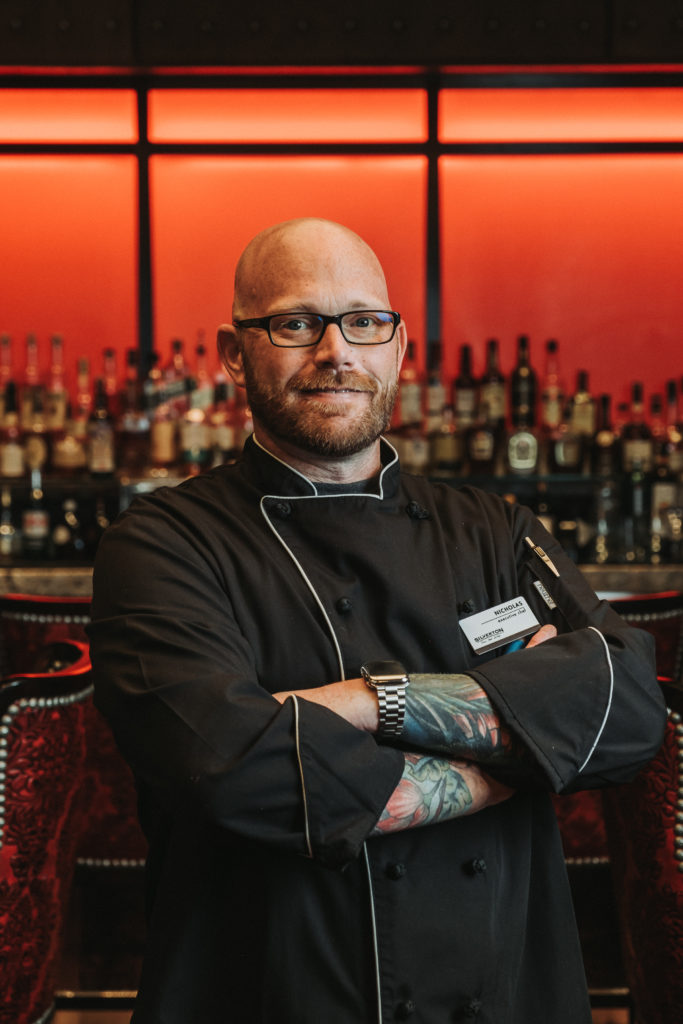 In his role, Chef is in the creative inspiration behind the entire culinary operation at Silverton Hotel & Casino.

Chef Nick comes to us with a wealth of culinary experience; most recently from Aliante Hotel & Casino where he held the same role.  Prior to Aliante, Chef held leadership positions at JW Marriot Resort in Summerlin, Caesars Palace, and various other properties in the Midwest.

Culinary has been a passion of Chef Nick since his first job as a bagel baker at Bagel Café in Las Vegas. Since then, he likes to pop in there at least once a month to taste some of his favorite recipes that has been in place since the restaurant opened.

Chef Nick is huge Raider fan and has seen them play in three different stadiums: Soldiers Field in Chicago, Coliseum in Oakland California and here at Allegiant in Las Vegas.

One of his proudest moments?  When he was working as a chef RAO’s, Chef Nick won a burger challenge at Caesars Palace against all the chefs in the building.  His entry was a Beef and Veal Burger with thick cut of fresh mozzarella cheese, roasted red pepper aioli and arugula, served with cherry peppers and kettle chips.  That same recipe was published in a cookbook from the owner the restaurant, called “RAO’s on the Grill with Frank Pellegrino Jr.”

Silverton Casino Hotel celebrates its Silver Anniversary in 2022, commemorating a quarter century in Las Vegas.  The local casino favorite offers 300 deluxe rooms and suites and world-class amenities all located within an upscale, contemporary luxury lodge-themed resort.  Silverton features 90,000 square feet of state-of-the-art gaming, including the most popular slot machines and table games.  An 117,000-gallon saltwater aquarium, home to thousands of sharks, stingrays and tropical fish, was voted “Best Attraction” in the Best of Las Vegas awards.