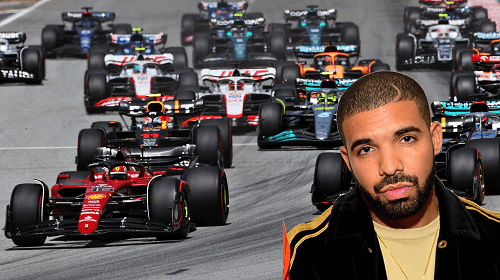 World-famous Rapper Drake is known to be a sports betting fan. However, that doesn’t mean things always go his way. It has been reported that he recently suffered a significant loss on the Spanish Formula One Grand Prix. After placing a $230 000 Bet and expecting to walk away with $590 000 in winnings, things didn’t turn out as expected, and his bet was a bust. It looked like a sure thing, but nothing is ever certain in gambling. Drake placed a $230 000 bet on the recent Spanish Grand Prix in Formula One. He wagered that Ferrari’s Charles Leclerc would win the race. Unfortunately for Drake, Charles, and Ferrari fans, it would be Red Bull’s Max Verstappen that went on to win the race. This was Drake’s first bet on a Formula One race, but after the loss, we must wonder if it will be the last.

The bet looked like it was the only smart bet, as Charles Leclerc was starting the race in pole position and had +140 odds at the start of the race. Things seemed to be going according to plan, as Charles had a substantial lead after 27 completed laps. It looked as though he was going on to take a relatively easy win in the race.

However, it was not to be for the Ferrari driver. Leclerc suffered an unexpected engine problem and was forced to retire from the race. This opened the door for Verstappen and Red Bull to take the win, costing Drake his $230 000 bet.

Drake and Formula One have quite a relationship, despite this being his first bet on a race. Drake is known to be friends with Lewis Hamilton, the seven-time F1 world champion. Canadian F1 driver, Nicolas Latifi, was also inspired by Drake to use six as his race number.

While this might have been Drake’s first F1 bet, he has an established history of dropping some rather large bets on sporting events. He recently won around $300 000 after betting on the Los Angeles Rams to win the Super Bowl. Drake also wagered an additional $400 000 on that NFL Championship game.